Here's the rules that I've been using in my campaign for weapons and armor. (The "base system" is White Box: FMAG with ascending armor class.)

Greathelm: like a regular helmet, but also protects you against critical hits (i.e., roll damage as if it were a normal attack instead of a crit)

The maximum Armor Class that a character can have is 18.

Weapon damage is mainly based on your class.

Wizards, thieves and clerics deal d6 damage with most regular weapons. Wizards and thieves can use any kind of (non-magical) weapon that they want (including halberds and greatswords) but it's only going to deal d6 damage since they can't really "use the weapon to its full potential". Most magic swords will refuse to be wielded by the unskilled.

Fighters deal d8 damage with most weapons (axes, maces, spears, swords, etc...). The notable exceptions are daggers, which are limited to d6 damage, and big weapons like zweihänders or bec de corbins, which roll a d8 for damage, but if you roll a 1 it turns into an 8. In other words, if you hit with a zweihänder, there's a 2-in-8 chance of dealing 8 damage, and you'll always deal at least 2 damage.

Bows and crossbows roll d6 for damage, no matter what your class is.

Improvised weapons like broken bottles, pitchforks, shovels, etc... deal either d4 or d6 damage, decided by a coin flip or on a case-by-case basis depending on the type of weapon and who's using it.

Fighters that wish to dual-wield receive a +1 to their melee attack bonus, but their damage roll is unmodified (so, if you fight with 2 swords you still roll 1d8 for damage).

Here's an alternative reaction roll table that I've been using in my games lately:

4-5 : the monsters are unfriendly; they will demand the PCs get lost, threaten them, try to trick them or call for reinforcements. Monsters will most likely attack if PCs escalate the situation or don't comply with their demands.

6-9 : the monsters are cautious, uncertain, suspicious; they will wait for the PCs to act first and listen to what they have to say with their guard up. If the PCs look hostile and overwhelmingly powerful, the monsters may attempt to flee. The monsters mostly just want to leave the PCs alone and be left alone.

10-12 : the monsters feel a bit more relaxed; they're open to bargain, trade or help the PCs in exchange for something else. They may even ask the PCs for help or offer to strike up an alliance against another faction.

That's about it. The original reaction table is good, obviously, but I got tired of it because I was always rolling "neutral, uncertain" or "indifferent, uninterested" and didn't know how to play it out. That said, this alternative table is mostly for dungeon encounters. It presupposes that the PCs are intruders in a dangerous place where fights may break out at any time and there's a base-level of suspicion and aggression that the denizens feel about everyone else. For encounters in locations where the atmosphere is less tense and dangerous (for example, running into a bear in the woods) I often prefer to use the original table.

For the first time in my DM-ing career, I think I'm gonna be able to use a dragon in a game! During last session, I rolled for a random encounter when the PCs were getting back to town from the Castle Bugbear (the dungeon they're currently exploring). It's a relatively safe area currently, so encounters only happen whenever I roll a 2 on 2d6. However, 3 to 5 means an omen or the spoor of an encounter. First I rolled a 3 with the 2d6 (spoor or omen), and then I rolled a 20 on the random encounter table of the region (which is a dragon), so I told the PCs something like: "When your halfway to town from the dungeon you suddenly hear a loud reptilian-sounding roar off in the distance..."
Just kidding. Instead of saying that I basically just said: "Oh shit! Dragon hahah. You guys hear a dragon's roar not very far away". I was pretty surprised and excited, obviously, and the players got pretty scared (as they rightly should be, considering the stats I rolled for the dragon! :S).
Then one of the players said "The dragon is probably going to eat that giant wounded bird in the castle's broken tower", which made perfect sense. So I decided that now there's a 1-in-8 chance that the dragon will be there the next few times they visit the dungeon. Looking forward to seeing how the situation develops.
at November 24, 2020 1 comment: 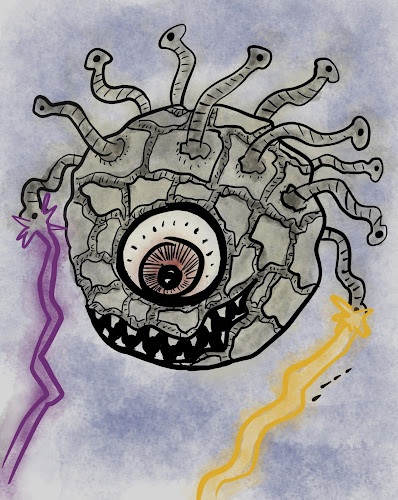 Thought I should start this blog off with a list of some of the best posts I'ver read in the past years.

The first one is a post by JB from B/X Blackrazor about clerics and their motivation for adventuring. This post made clerics finally "click" for me, and I recommend you read it if you've ever struggled with explaining to your table why a supposedly holy man would go tomb-robbing with a bunch of criminals and killers:

The next blog post is about localism. Namely, it explores the idea of doing away with the ubiquity of all kinds of monsters and institutions in favor of keeping them tied down to just one area in particular. What if there's *just one* dwarven kingdom in your campaign world? Just one tribe of bugbears that live in a very specific forest? Etc...

Localism: the adventure as microclimate

The next one provides a couple of justifications for adventurers going on adventure in your fantasy world. It's perfectly fine to just kick off a campaign with the premise of "go loot the big dungeon next to the village", but if you want something that makes a little bit more sense, check out this post:

The next one is a wonderful piece of fluff on the topic of D&D spellcasting, reskinning spells as extra-dimensional magical parasites that can drive you insane. If you like Vancian spellcasting, or if you don't like it because you think it doesn't make sense, you should read this:

Spells: Parasites of the Mind

And finally, a post about killing a dragon in a dungeon, why you should use dragons in your games, and what kind of dragons work best in old school games.

Welcome to It's Always Sunny in Castle Greyhawk. I plan to use this blog as a repository for my drawings, house rules, musings maybe play reports and dungeons, and whatever else I feel like sharing.

I discovered the OSR scene back in 2018 and I've been lurking the blogs ever since, but I never really interacted much with the community up until some months ago, when I started posting in the osr subreddit.

The first time I "played D&D" was back in the early '00s in Mexico City when I was around 10 years old. One of my friends had played a few sessions of 3e D&D and V:tM in the campaigns of his older brother's friends (who were probably around 14 or 15 at the time), but since he was also around 10 or 11 years old, the older kids only really invited him to play when one of the other players couldn't make it. So my friend (who didn't really have access to the rulebooks) came up with an ultra-light system made up of half-remembered and improvised rules and offered to DM a campaign for me, my brother, and another common friend. It was a lot of fun, but sadly we only got around to playing a few sessions before scheduling problems killed the campaign.

I didn't play again until December 2017. I was talking with a different friend, and he casually mentioned that he had always wanted to try out D&D. I told him about the game my childhood friend had ran for me and how much fun it had been and how I had always wanted to play again, and so we asked another friend if he'd be interested in playing with us and he said yes. At first we picked up 5e, since it was the most popular and easily available system out there. We played with the Basic Rules that you can download for free in the website and with a free dice-rolling app for our cellphones, since we didn't have any physical dice at the moment. I ran Matt Colville's Delian Tomb and we had fun, but it was a very different experience from the one I remembered so fondly from my childhood. The system was too complex and crunchy for my taste, and by level 3 fights lasted for hours and I wasn't enjoying it much anymore. The most fun parts were when the PCs just walked around a city talking to NPCs and coming up with crazy harebrained schemes and we didn't have to interact with the actual rules of the system.

A few months later I somehow accidentally stumbled upon B/X D&D and the OSR scene, and I quickly realized that the older rulesets and playstyles appealed much more to my sensibilities and taste than the modern ones. So after some convincing we switched to B/X, although nowadays what we're playing is probably closer to OD&D.

The name of the blog comes from It's Always Sunny in Philadelphia, as you might have guessed. I picked it because lately I've come to embrace the farcical, picaresque and waggish aspect of the hobby. Most of my players have a tendency of playing miserly murderhobos and coming up with wildly foolish plans that rarely ever work, so it seemed fitting. As for the Greyhawk part, I don't actually use the setting *per se*; it's more of a metonym for any pseudo-medieval fantasy setting with swords, castles, wizards and elves.

Thanks for reading and all the best. 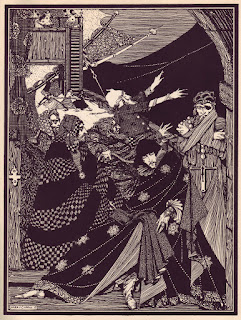 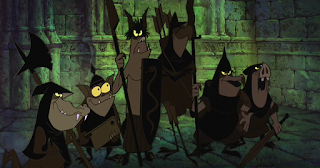 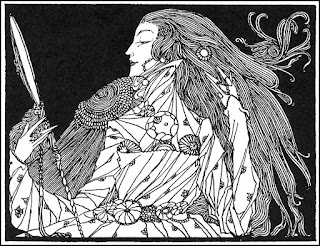 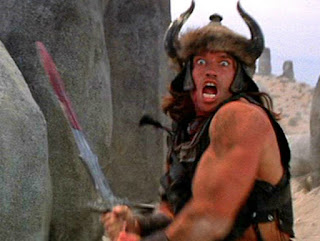 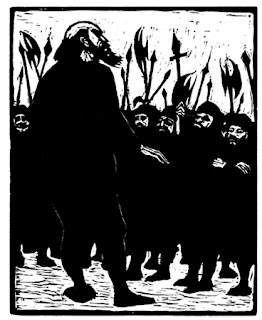 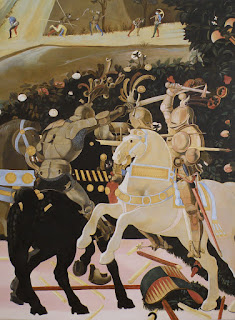 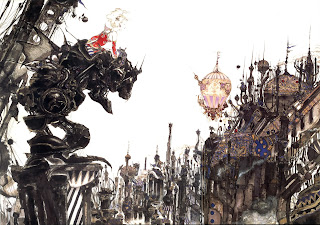 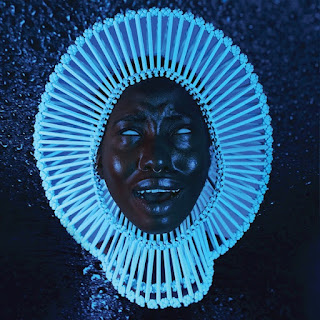 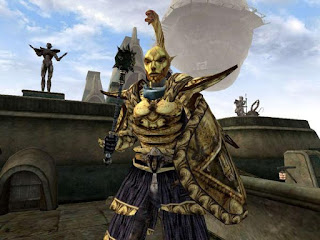